Interesting to see the reactionaries freaking out over a transgendered kid. I’ll have to check in a few years to see if he actually looks like a girl after he goes through puberty. These LGBT highlighting ads are a new fad of virtue signalling while soaking up attention, but in 30 years you won’t see them getting as much attention. (I can’t be arsed to confirmed this, but I read it was in response to some anti-gay legislation in Minneapolis where general mills is based.)

“Why don’t you atheists just leave people alone and let them believe what they want to believe? It’s harmless…”

Solipsism fail. He can’t sneak bad logic past the A student who is going places, not to heaven but to places that actually exist.

Pretty obvious huh? What’s scary is that income inequality is gonna continue to rise because of a SCOTUS decision. The whole country is headed down the toilet. Also, Amazon is wasteful.

I am thinking of paying less attention to Sam Harris, atheist public intellectuals, and the intellectual dark web. I disagree with the IDW on too many things and am finding it increasingly hard to take them seriously.

Charles Murray – he’s a Xian, and a libertarian who doesn’t believe in social democracy

Dave Rubin – switches between extremes to condemning all liberals at the drop of a hat, also a Trump supporter.

Douglas Murray – he’s right and worth listening to 1/4th of the time, but he’s also a gay conservative atheist who defends tradition and religion. The cognitive dissonance boggles me, though I rate him above many of the others.

Bret Weinstein- I have nothing against him, but I find him boring to listen to apart from the Evergreen University thing.

Steven Linker- I read his book Enlightenment Now, and its imppssoble to deny our progress, but he downplays new problems that have occurred or when the trends have flipped. He’s a Pollyana I have a lot of political disagreements with, and I should write a post about why I don’t think it’s good enough to keep talking about past solutions when the world has changed and we need new thinking to address income inequality, China and they nativist rebellion.

Ayaan Hirsi Ali – I support her fight, but she hasn’t said anything interesting in a long time. She’s kind of been a one trick pony and has little interesting to say beyond attacking Islamists and the failures of multiculturalism.

Majid Nawaz – Same as Ali, except he’s still a Muslim and wants to reform it by reducing the violent ideology from within. I don’t really see what I can learn from paying attention to him right now.

Sam Harris is also shifting closer to the center right that I appreciate, and I don’t get why he is comfortable being branded as part of this group and lending his credibility to them. I don’t think he finds enough to disagree with them on. Also it still bugs me that he choose Hillary over Sanders, and it makes me feel like he has become an elitist who is out of touch with the problems of the majority in his singleminded focus on fighting Islam, perhaps inefficiently in wars in the Middle East, even as the economy and our political system are crumbling.

Aside from them, Richard  Dawkins is slowing down in old age, and him and Dennett won’t be around much longer. I started paying attention to the IDW because I was hoping for some fresh insights outside of athrism, but a lot of it seems to be grandstanding to my eyes, with more noise and less signal than if I were just to read a new textbook.

In fact, I might put aside the 4 books I’m partway through, since I get the gist. Hayden’s book in particular is annoying me right now, how can he be a Catholic when he had so mich responsibility? 5-6 justices on the supreme court are Catholic too.

World has gone nuts, most of the population didn’t accept enlightenment values and aren’t interested in these kinds of debates or learning about epistemology or the hidden structure of the world. It doesn’t take a genius to figure it out, and I really need to just unplug from the internet and focus on becoming an international person.

Funny read. Germany is also opportunistically building a pipeline to Russia that bypasses its neighbors. Fuck Germany, they’re the most useless major country in NATO. 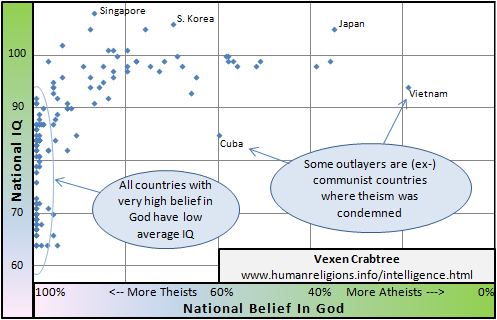 I studied abroad in Vietnam and it put me on the path to becoming an atheist. The students there were more hospitable to me than most Christians where I live, despite being mostly Buddhists or atheists. I told a girl I had met ten minutes ago that I didn’t bring the my camera charger to Vistnam, and she promised to loan me her camera and a cellphone too, and then did it. Every day the students we had just met took us on trips around the city and even a bit beyond. One of my (Buddhist) Vietnamese friends who came from a village many hours away actually spent a few hours studying the history of a local temple he hadn’t read about or visited before, and then took me there and explained all the references and symbolism in English like a tour guide. They went out of their way for us.

I still assumed on probability that my fellow exchange students were Christians like me. One day we were eating and one of them asked about everyone’s religion. To my surprise every single Vietnamese student and all of the exchange students from my country sitting around the table were atheists except me. One of my atheist friends stayed longer in Vietnam to do some medical volunteering, while I flew back in comparative selfishness. The idea they would go to hell was preposterous.

So I came back questioning the worth of my culture, my values, and what I had been taught. I opened up the bible, started reading until a passage where God promised to do genocide, and was horrified, and seriosuly wondered if the Buddhists had a better religion. I then took a course in Buddhism, tried to be open-minded to it, and skeptical toward my own prejudices, and within a month I was an atheist toward my own religion, and agnostic toward the ones I knew little about. Not many months later I was an atheist toward most religions, and eventually, all of them.

Vietnamese girls are the hottest of the petite types by the way.

I have to say I’m liking McCain more these days, for his clear-sighted opposition to Russia in regards to foreign policy and criticism of his fellow “spineless” Republicans. I choose Obama over him in 2008 because I thought Obama was a better candidate. (McCain was so old and boring, and he choose Sarah Palin was a stupid running mate), but the 2016 had nothing but old folks running against each other. So if he could have replaced Trump, I think I would have voted for him over Hillary (she did let Russia buy a major American Uranium company.) I still oppose how McCain votes along with Republicans for tax cuts on the rich, but the world is complicated and when everything hangs in the balance I can’t afford to be a single-issue voter.

https://www.vox.com/policy-and-politics/2018/1/30/16943786/trump-changed-public-opinion-russia-immigration-trade
I know this is 6 months old, but it’s relevant. Proof Trump manipulates his supporters’ views easily as a public figure; it’s a cult of personality.

And here is some entertaining speculation that a daddy complex is why Trump likes Putin and other dictators.

Trump’s Treason by Father Complex
Trump also has came up with a lame backtrack, even though his whole speech praised Putin.